Twelve years ago, in the rapture of the 2000 Olympics Closing Ceremony, you could almost feel the elation sweeping the globe when Men at Work’s Greg Ham offered up his immortal flute riff on Down Under to a television audience of nearly 4 billion, and a capacity crowd of 110,000 mostly dancing souls inside Sydney’s Olympic Stadium.

On that golden millenial night, Ham had stood centre stage, a bright pixie of a man with silken blonde hair, raybands and black dinner jacket, bending to the wind and giving us the melody we’d all come to regard – without suspicion – as part of our unofficial national anthem. 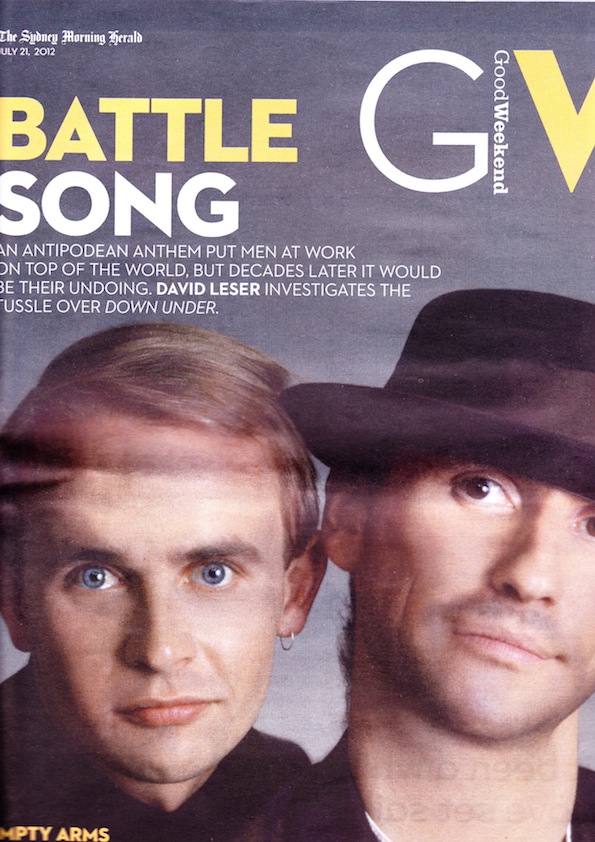 As singer/songwriter, Colin Hay, laid a gentle hand on his friend’s shoulder, Ham cut loose with the sequence of notes he’d once dreamed up – or thought he had – in a haze of marijuana smoke 21 years earlier.

For all the world, it looked like the flautist was on top of the world, as he and Hay were eventually joined on stage by a rollcall of Australian icons. But the unravellening of Ham’s life had already begun, though nothing like it would in the period leading up to his death in April this year …